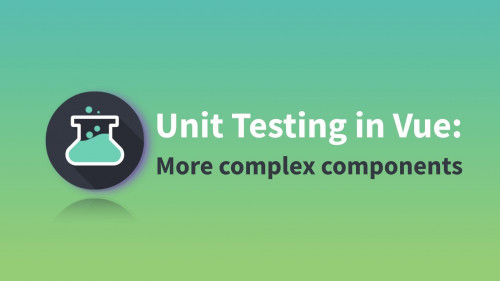 In this course, we’ll be using the popular Jest JavaScript testing library to run our tests, along with Vue Test Utils, the official unit testing utility library for Vue.

Have you ever deployed a new feature in your app and crossed your fingers, hoping you don’t wake up to the news that you’ve accidentally introduced a brand new bug? You can greatly reduce these kinds of concerns, and strengthen your Vue apps, by testing your application.

A thoroughly tested application generally consists of a well implemented combination of several kinds of testing, including End to End (E2E) testing, sometimes Integration testing, Snapshot testing, and Unit Testing. This course specifically serves as a beginner’s guide to unit testing in Vue. As you’ll see throughout the course, unit tests serve as the foundation of a well tested app.